DEALERS IN FINE ANTIQUES AND WORKS OF ART

The Burzio family has a long and rich history, dating back to quattrocento Parma. Its members have been art dealers for last three generations in Turin, although the family’s artistic lineage extends somewhat further back, including main Italian protagonists in decorative and fine arts fields as Giuseppe Maria Bonzanigo (1737-1820) and his uncle Pietro Piffetti(1701-1777). 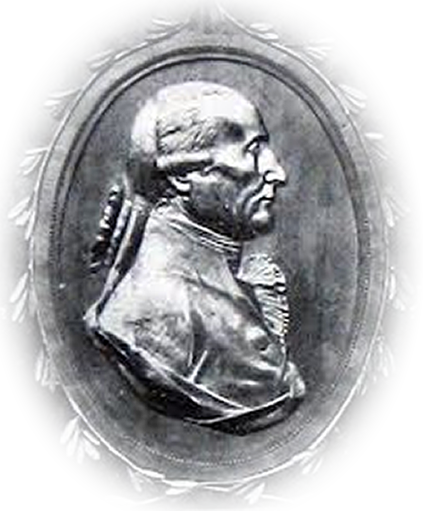 Anastasio Burzio was the founder of the art business, after the experience he had gained through the important past wood-trading and carpentry industry of the family, began to import antiques from France to post-war Turin. He soon became a major player in Turin art world, and his expertise were in demand among prominent dealers and private collectors alike. Anastasio’s shop, was not far from the renowed Pietro Accorsi gallery, that attracted international trade and collaboration with such dealers including A.Rubin of Pelham galleries in London.
Vincenzo Burzio followed his father Anastasio into the family business, and paved the way for the third generation, which is represented by his eldest son Luca, who works alongside his wife, Laura. 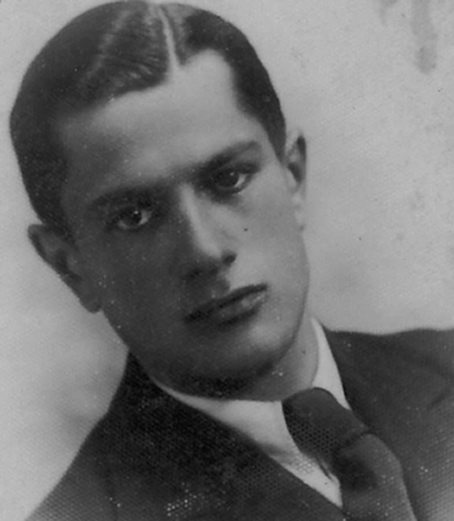 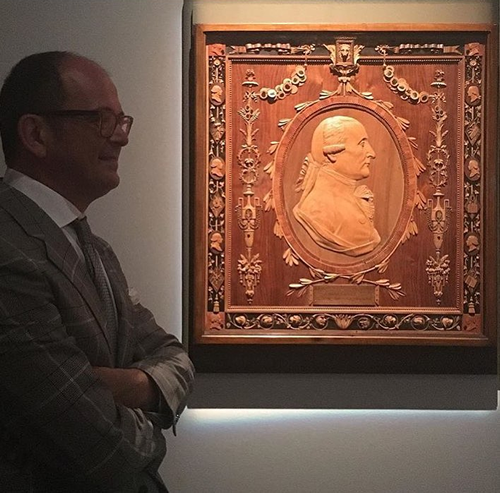 Luca and the Bonzanigo self portrait.

Luca opened his own gallery in 1991, having participated actively in the family business until its closure at the beginning of this century. He then opened a second gallery four years later, at the Bolaffi Palace, Prince Eugene Galleries, in Via Cavour. In 1996, Luca opened his most recent gallery in Via della Rocca in Turin and was registered with the experts of the Chamber of Commerce of Turin.
Luca frequently exhibit in the most prestigious events of the art sector, to name a few : Arte Antica at the Lingotto Fiere, under the direction of Federico Zeri, the biennales at the Royal Castle of Stupinigi and in Venaria Reale, together with Laura the Last Milan Biennale and the Montecarlo Art Fairs.
Infact in early 2000s the colleague Laura Camporese met Luca in her stand in Milan during the biennale and from here they started theirs lives together with the decision to stop the business in their Italian Galleries to start working full time internationally, so were able also to participate in the following years to all major antiques exhibitions in the world, as Tefaf Maastricht, Paris Biennale, Masterpiece London and American Shows in New York,Palm Beach and Sea Fair. 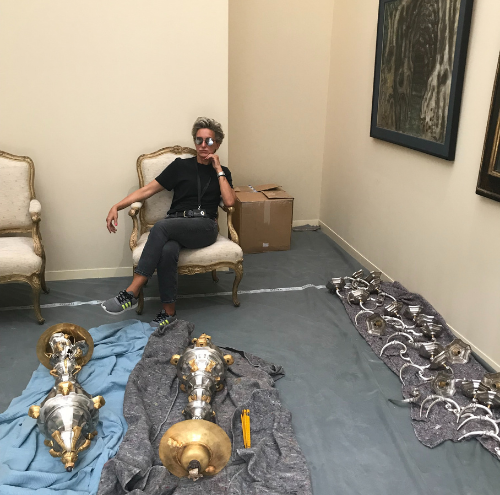 Laura and the Cusani Silver chandeliers. 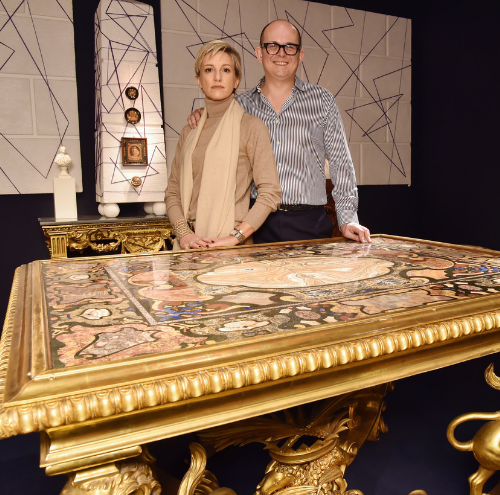 From 2014 we exhibit again in all major international antiques fairs only under the sign of our family with every stand interiors designed by the renowned Italian Architect Paolo Genta Ternavasio. Our primary specialisation is continental decorative arts, with particular attention to some fine furniture, to sculpture, to textiles, glasses, ceramics and bronzes.
We are members of the Syndicat National des Antiquaires.
We believe that all art creation in his time was “contemporary art” and in this context provided that all is really good from the past can lives in interiors of the XXI century. We finally try all time long to make all the best we can with our great passion, sharing our knowledge and experience consulting and sourcing for public institutions or for any person we can make fall in love for antiques as we are.

Some of the antiques and works of art we rediscovered in the last five years have found their home in important private collections around four continents including North America, Europe, Australia and Asia but most notably in ten public institutions including the Louvre Museum in Abu Dhabi(UAE); the Metropolitan Museum of Art in New York, the Detroit Institute of Art, the Museum of Fine Art in Houston, the Chicago Art Institute, the Minneapolis Institute of Art, the Toledo Museum of Art and the Nelson-Atkins Museum of Art in Kansas City(USA); the Reitz Foundation in Helsinki(FIN) and the Victoria and Albert Museum in London(UK).
Laura and Luca.